Dinos22 pulled his camera out to record some of the great memories from Beijing’s MOA 2009 grand final. TeamAU were represented by deanzo and dinos22. We did alright in the first round, 3rd fastest wprime but failed in 3D stage pretty bad.

It was a good experience and I really enjoyed MSI’s hospitality and the sightseeing in Beijing as well as meeting some of the legends of overclocking for the first and second times. Always fun.

Flashback Friday, dinos22 does an overclocking training video for ALTECH

ALTECH Distribution asked dinos22 for his help to train their staff in liquid nitrogen overclocking back in 2008 and what resulted was a step by step video on how to use liquid nitrogen. Check it out!

Many moons ago I used to be a beta tester for Nvidia and had a lot of fun playing with some of the latest and greatest hardware months before official release. Nvidia had a pretty poor relationship with Intel so 790i ended up being the last of the motherboard chipsets which was a shame as they were starting to get a bit better. Most people probably don’t realise but Nvidia was the first to fix the FSB wall that Intel chipset at the time had due to some of my involvement buying some of the world’s best FSB chips from various overclockers including OPB (Onepagebook) to try test and push past what we were able to do on Intel platform at the time.

The Overclocker Issue #30 is out. Best OC mag you will ever read, sub!!!

Neo from The Overclocker Magazine has been a busy bee and put together a stunning issue for everyone to check out. Computex is usually a time when things are jam packed with technology and this mag takes the tech-deliciousness to a new level. Make sure you check it out here and subscribe! 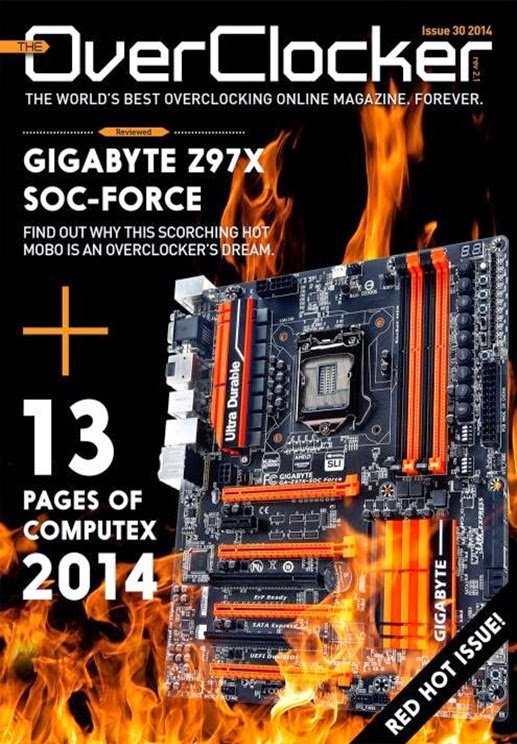 Yay another Friday flashback boys and girls. This is a cracker from 2007. It was treated by Gigabyte as the trial to GOOC (Gigabyte Open Overclocking Championship) which ended up being help globally in 2008.

Atomic Magazine was the host, the place that helped TeamAU kick off the team. Josh (moloko) worked at Atomic as a writer at the time. He also competed in the comp along with dinos22, youngpro and Kayl.

It was an even held in a bar overlooking Darling Harbour in Sydney. We used dry ice but forgot to bring acetone so we experimented with various alcoholic drinks with high alcohol content and nail polish remover which was all a bit of a fail but we still cracked on. Dinos22 took out both 1M SuperPI and 3DMARK06 stages to take the comp. Youngpro was close second while moloko was third. Kayl had a few issues with his setup so he entertained swallowing dry ice pellets and drinking ridiculous amounts of beer LOL.

That was an awesome event, beer, overclocking and general geekness all round lol

TeamAU have partnered with G.Skill and Gigabyte to show how easy it is to achieve 4000 MHz memory clock with G.Skill 3100 MHz modules and the Gigabyte SOC Force LN2 edition.


In this video the CPU is on liquid nitrogen as the integrated memory controller needs colder temperatures to support this high memory clock, however the memory is on stock standard air cooling.

Only 12 months ago 4000 MHz was the memory frequency overall world record, all that has changed is the Z98 chipset and higher quality bins of Hynix MFR memory.

Posted by James Trevaskis at 10:04 No comments: