The guys over at Hardware Asylum have gone live with the latest podcast, #40. Computex is one of the main topics. Click on the image to go to the podcast: 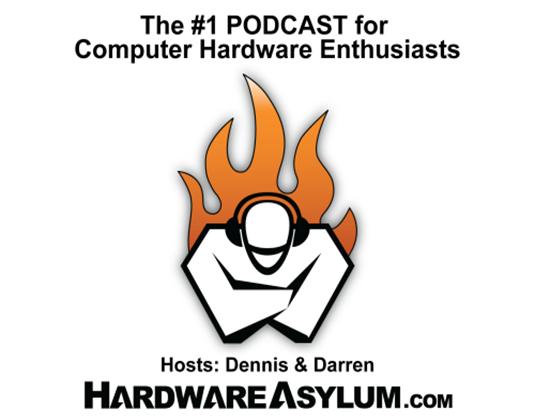 A look ahead at Computex 2014
Computex is one of the largest technology trade shows in the world and happens to be Dennis's summertime destination.  His trips to Computex started over 10 years ago and has been a great make new contacts and witness firsthand what new bits of computer hardware will be available for the Christmas shopping season.  Over the years the Computex show has grown quite a bit, not only in size but with elaborate booths and cool overclocking demonstrations.

This year Dennis is looking forward to the GSKill OC World Cup which will likely replace the normal overclocking demonstrations at the GSKill booth.  During the week there will likely be two on two overclocking competitions with the finals being held on the Friday of the show.  An open qualifier was hosted on HWBot with the top 6 getting an open invite to the semi-finals and finals.

Back in 2009 Dennis hosted a small get together in Taiwan to celebrate the 10 year anniversary of NInjalane.com and as luck would have it, HWBOT is celebrating their 10 year anniversary this year after Computex  By the looks of it they are planning a fun filled weekend of overclocking and general mayhem.